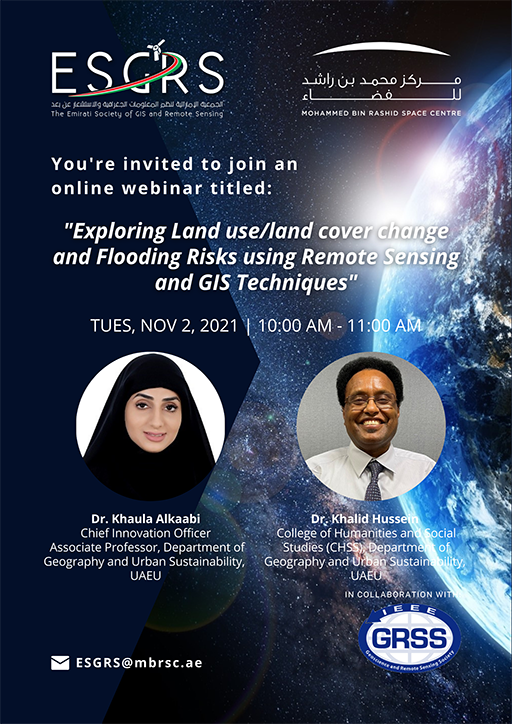 This study was conducted to investigate the spatiotemporal changes of land use/land cover (LULC) along the eastern coast of the United Arab Emirates (UAE) over a 20-year period using an integration of remote sensing and Geographic Information Systems techniques. The impact of land use change on flooding potential was also investigated through hydrologic model simulations. Landsat images of the years 1996, 2006 and 2016 were processed and analyzed. Change detection was carried out to assess changes in the built-up areas. Furthermore, the impact of urbanization on flooding was assessed using a hydrologic model in two major watersheds of Fujairah Emirate. It was observed that for the period 1996–2006 the vegetation and the built-up areas had increased at a rate of 11.23% and 24.56%, respectively. For the period 2006–2016, this expansion more than doubled in terms of the vegetation class (27.51%) and slightly increased for the built-up class (28.98%). The change detection analysis revealed that urbanization has mostly occurred along the coastal boundary. Hydrologic model simulations quantified the role of urbanization in increasing the flooding potential. The increase depends on watershed characteristics and the rate of change in urbanization and the magnitude of the rainfall event.